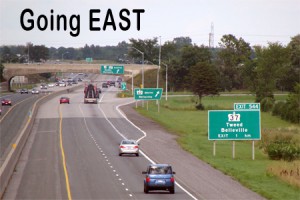 My car just hit the 312,000 km mark the other day and it received a good bill of health when I was having the oil changed.  My mom bought me a CAA membership for my birthday.  I think I’m ready for a trip east.

I’ll be playing an opening set for Declan O’Donovan, on tour from the Yukon territory.  Evan MacDonald will also be on the bill.

I always have a great time at the Branch.  The venue is classic, the food is locally grown, and the staff is super nice.  $7

It’s going to be great to reconnect with my old music pals Jason Sonier and Jeff Hagerman.  Jason is an amazing instrumentalist who has just begun to play solo and he’ll be opening the night and will be followed by Jeff Hagerman, a stellar blues player and the nicest 6’4″ guy you’d ever want to meet in a dark alley.  After my set I think we’re going to go for a late night shawarma on Bank Street.  Jeff and I used to do just that after gigs we shared together over a decade ago.

Where there’s old friends in Ottawa, I’m pleased to be making new ones as well.  David Roy Parsons and I will be splitting a bill on this night.  I can’t wait to see the Elmdale Tavern; many musicians have recommended it to me in recent years.

I’ll be opening for Jason MacDonald from Nova Scotia and Canailles from Montreal.  Lots of regional representation that night!

An intimate Ian Reid show in a cozy venue.. I can’t wait.

I’m waiting to hear back from a few other venues in Nova Scotia and Quebec, but I may also be doing some more temp work in New Brunswick hospitals at this time. Nothing like flying by the seat of my pants.  I’m really excited about getting away for a time, come what may.

Thanks for your support and I’ll be in touch soon.