In mid November, my musician friend Bernie Moffatt passed away due to complications following a heart attack. I first met Bernie about four years ago at the Brantford Open Stage and again at the Hamilton Folk Club. We developed a mutual respect for one another; I was impressed with his guitar picking and his droll sense of humour, and he often commended me for having developed my own style of playing. 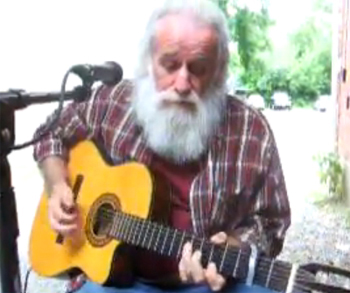 As time went by, Bernie visited Rockwood on a number of occasions to perform. One Pioneer Day his playing made a huge impact on my mom and her friends, especially my uncle Gary, who loves old-time roots music.

Bernie could never stick around very long after he played. He just didn’t have the energy. He had undergone a liver transplant in 1996 and his health was never great in the time I had known him. I think that’s what I’ll remember most about Bernie. Despite his condition, he would show up and play, just for the pure love of it. There’s a lesson in that.